Making this world a better place one baby step at a time! 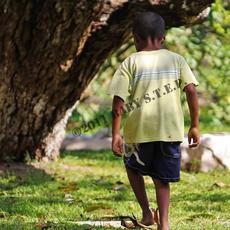 When working with teachers and administrators in London, I inquired about early childhood practices in the United Kingdom. I was intrigued by their approach as a family and school collaboration beginning before school age.  At the end of 2009, I was awarded a scholarship to pursue my doctoral degree with William Howard Taft University! I received my Doctoral Degree in Education in 2016, after defending my dissertation on "The Effects of Reading with Infants." In January 2011, I worked in the orphanages and classrooms in Belize and presented at the Belize International Symposium for Educators, where I shared my research with the ambassador of Belize!
In August 2011, I decided to created the nonprofit organization Baby S.T.E.P. Inc. (Baby Steps Toward Endless Possibilities.) in hopes of promoting literacy through hospitals, WIC offices, pediatricians, etc. We formally were granted non profit status and recruited Board Members to assist us in our vision and mission to help provide support to parents and community members to promote literacy. We are meeting incredible people in our journey to help families and infants. Thank you for your support! 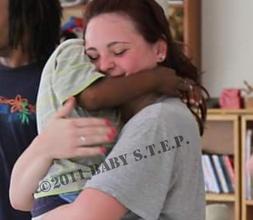 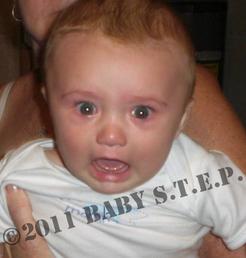 This website is under construction. Please come back to learn more about our board members :) 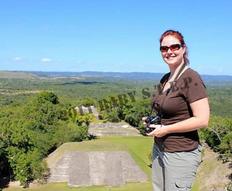 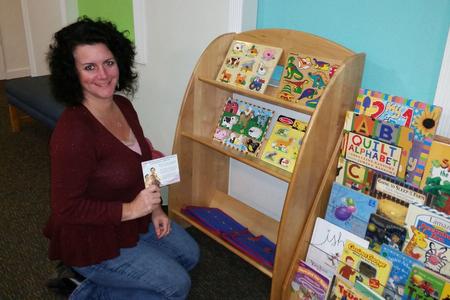 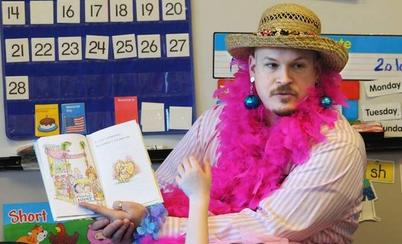 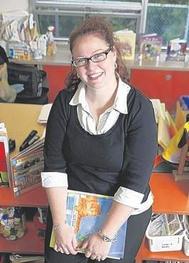 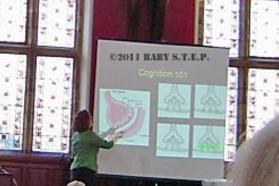 Kindergarten teacher Danielle Lowe, in her classroom at Truman Moon Primary Center in Middletown, is working on her doctoral degree. Her work on how books can help children cope with crisis is attracting some attention in various academic circles.

Hello! My name is Danielle Lowe. Thank you for taking the time to review our page!  I have taught Pre-kindergarten through 7th grade and have worked in an inner-city school district in New York for almost 20 years. I also taught undergraduate and graduate courses at the State University of New York at New Paltz for 10 years.
In 2006, I was fortunate enough to observe and co teach in the inner city classrooms of Dublin, Ireland.  I collaborated and trained Irish teachers and administrators on early childhood assessments. I inquired about early childhood and learned that schools work with parents in the community beginning at birth! In December 2007, I presented for the Staff Development for Educators at the National New England Teachers Conference, and presented at the National Kindergarten Conference in Las Vegas in 2009. In March 2009, I presented my research article Helping Children Cope through Literature at Pembroke University in Oxford which was later selected for publication!

Laura Guardarramas is an asset to the Baby S.T.E.P. Inc. family!  She has been a teaching assistant in an inner city school district for over 15 years working with children in grades K-12.  Laura is an excellent planner and event organizer!  She facilitates the organization and distribution of the baby bags each month. (more to follow :)

Ceng's costume marked the end of a school-wide reading challenge for students to read five of seven nights a week for three weeks. Tarkan Ceng, principal of Sargent Elementary School in Beacon, reads "Fancy Nancy at the Museum" by Jane O'Connor to a group of first-graders Thursday while dressed as the title character, Fancy Nancy.

Mrs. Barbara Ann Reimer has been teaching elementary school students for 25 years and has a passion for providing the most effective and educationally successful lessons. Barbara considers herself an early childhood advocate following a John Dewey style; teaching to the whole child in order to guide excellent literacy skills through a method of citizenship. Barbara believes that learning should be natural, sensible and interdisciplinary.  Barbara shares her love of learning with her own children as well with her students.  Mrs. Reimer has both her Masters in Curriculum Design and a School Building Leadership Certificate from Long Island University.  Along with her SBL, Barbara completed an internship with a focus on special education in a supervisory position.  Barbara has been a mentor to many new teachers and has been a long time member of the Recommended Teaching Interventions ( RTI) committee helping fellow colleagues best meet the needs of their students.  Mrs. Reimer loves serving as the Vice President of the Baby S.T.E.P. organization as she has witnessed countless literacy successes when reading becomes an vital part of a child's life.

MIDDLETOWN - As a kindergarten teacher, Danielle Lowe is a believer in early intervention.Early reading helps kids learn later in life, and books can help young children cope with crisis.Lowe, who teaches at Truman Moon Primary Center in Middletown, has been a teacher for 10 years, and kindergarten is what she loves.They're sponges up till age 6, Lowe said.

Lowe also teaches graduate courses as an adjunct professor at SUNY New Paltz, and she has just started working on a doctoral degree through William Howard Taft University. One of her focuses is using books to help children deal with crises. Kids face issues from the everyday, such as test anxiety, to more dire things such as violence. There's a lot of scary things in their lives, Lowe said.

On Sept. 12, 2001, Lowe said, she learned from three crying students that they each had a parent who never came home the night before. One child asked her to read a book and calm was restored. She started collecting books to address the crises kids face; not happy topics, but needed topics, she said. I do the research behind the topic and suggest books. She mentions Was it the Chocolate Pudding; a book that helps kids understand divorce and that it's an adult problem, not the kids' fault. The use of literature to do this is called bibliotherapy.It's important to help kids with these issues. In talking to children, at that age, a lot of them do think it's their fault, she said.

Lowe's work has drawn attention in academic circles. In March, she presented her research article &quot;Helping children cope through literature at the Oxford Round Table at Pembroke University in Oxford, England. She presented her work at the National New England Teacher's Conference in Nashua, N.H., in 2007, and in July at the "I Teach K!" National Kindergarten Teacher Conference in Las Vegas.

Last year, Lowe and some colleagues started a Books for Babies program with Middletown Thrall Library. They handed out reading-tip pamphlets and books to parents at hospitals and in poor neighborhoods. She hopes to restart the program because early reading goes a long way.In Ireland, where Lowe co-taught in 2006, schools send liaisons to parents to encourage early reading. Lowe has also made international education a focus of her studies. They start at birth there, talking to parents,&quot; she said. I really think that's what we need to do. We need to support early childhood development. 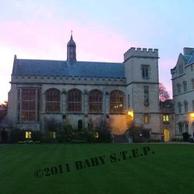 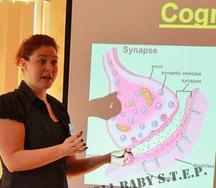 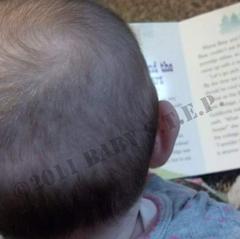 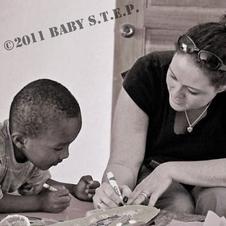 As disciplinarians and mentors, a lot of school principals have been called a lot of different things by a lot of students.

But Thursday may have been the first time some students could refer to their principal as "Fancy Nancy."